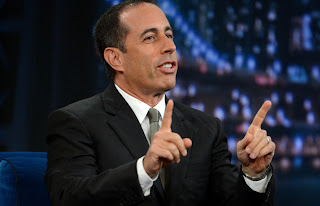 The Seinfeld Strategy is life changing and that is shown by the level of success Jerry has been able to attain and maintain over the decades. No matter what you are doing in business the concept is applicable. Even if you are not a business person the concept is still true. Would it be good to just do ten push-ups, 10 sit-ups and 10 squats each morning? Would that lead to more during the day? Would it be good to plan your breakfast and lunch menu on Sunday and then stick to those two meal plans each day?


For the last five weeks I have been trying to pack my lunch and it’s been a real challenge but I know when I do the work, and it’s only a few minutes at night or in the morning, then I feel better and I lose weight. Not bad for a few minutes work.
For the last few weeks I have also been trying to do ten push-ups, sit-ups and squats when I get up in the morning. Even though it’s not much, it is something and that has led to some better workouts later in the day.


If you’re in sales, set a small number of business development calls per morning. Don’t let yourself each lunch until it’s done. Even three a day is over seven hundred per year. That should lead to good new business.
Try this for a month, do something small that leads to a big goal and do it daily. Start a habit that will pay dividends for years to come. Start The Seinfeld Strategy and improve your life.

Posted by Waterhouse Weekly Graphics at 1:52 PM No comments: 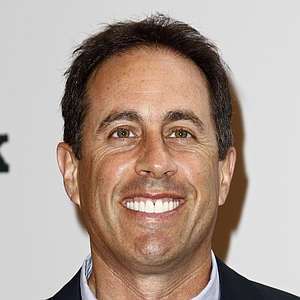 The Seinfeld Strategy is about eliminating procrastination. Then when you’re not procrastinating and you get into a groove, you are going to be more effective and more productive. I was watching an interview with Tim Ferriss online recently and in the interview Tim said his goal was to write two bad pages of his book a day. For a full-time writer two pages isn’t a stretch and also settling for bad writing makes it even easier. Tim did this because on the days he didn’t feel like writing, to do two bad pages was still doable. What Tim found was that when he started writing he often would find that he didn’t stop at two pages even when “he wasn’t in the mood”. This is a similar strategy that is about just doing something.
The BI article spreads the strategy to other areas like exercise. “Similarly, doing 10 pushups per day could be simple and meaningful depending on your level of fitness. It will actually make you stronger. Meanwhile, reading a fitness book each day is simple, but it won’t actually get you in better shape.” Doing 10 pushups a day seems like nothing but on the down day those 10 actions may lead to more.
The strategy works because everyone believes s/he can do the minimum. Doing the minimum of an activity over time can become a large accomplishment. What if you are in sales – is it possible to make two cold calls a day? Of course that is doable. Then why not get started today and see what happens after 30 days. What would your book of business look like if you started making two extra calls a day? I think you would be amazed at what would happen over a career with just this little action.
Posted by Waterhouse Weekly Graphics at 9:27 AM No comments: 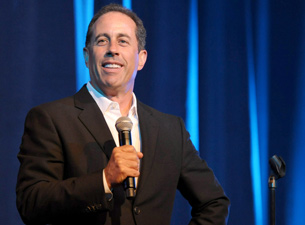 The Seinfeld Strategy may have never been revealed if it were not for a young comic named Brad Isaac. One night he was at a club that Jerry Seinfeld was also at and Brad asked Jerry for “tips for a young comic” and Jerry changed his life. What Jerry shared was specific to comedy but it can be applied to any skill set or business.
Jerry told Brad to “write every day” and to track his progress. Jerry said to get a wall chart and put up an annual calendar with each day on the calendar. Jerry told him that when you write put an X on that day and then you are good. Then try to string days together and make a commitment to yourself to not miss a day. Jerry didn’t talk about how good the writing was or how funny the jokes were – he just said to write day after day after day. This may seem simple but it is building a pattern that over time will yield incredible benefits.
What Jerry was teaching Brad was a habit or a pattern that Brad could do over and over and then his skills would improve. Many comics, like many other professionals, procrastinate when writing. This tool keeps the juices flowing and keeps the mind active and creative. For a comic this results in better material and more material. If a comic begins to write jokes the week of a performance and the creative juices are not flowing then s/he will most likely revert to their old standard bits. The same is true in other walks of life like cold calling, exercise, diet, management and many other disciplines.

What is the one thing you can do daily that over time will yield the best results? How can that activity be measured so it can be tracked over a long period of time? Would this skill be something worth starting today?

Posted by Waterhouse Weekly Graphics at 9:02 AM No comments: 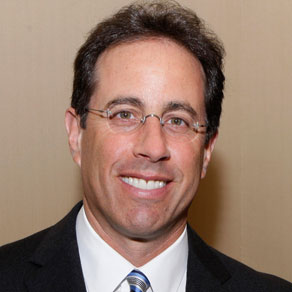 A few weeks ago I read an article on Business Insider that had a tremendous impact on me. After reading the article a couple of times and sharing it with our sales team it dawned on me that this is worth sharing on my blog. Because of the simple elegance of the message and because I want to spend more time developing this blog post, this will cover four posts.


The article focused on “The Seinfeld Strategy” as it is called. Jerry Seinfeld has been know as one of the most successful comics in history. During his TV show he made incredible money and millions were entertained on a weekly basis. I still find myself watching old episodes. In 1998 he earned $267 million dollars in a single year. Even as late as 2008 he earned $85 million dollars. Those are incredible amounts especially when viewed over a ten year time frame. That is consistency. Consistency is “The Seinfeld Strategy” and what these blog posts are about. This consistency is also his tool to beat procrastination.
The article states “Jerry Seinfeld produces with a level of consistency that most of us wish we could bring to our daily work.” How does this impact you and me? How can we improve how we perform? Click on the link and read the “secret” of Jerry’s success or wait for the next blog post.

Posted by Waterhouse Weekly Graphics at 9:15 AM No comments: