The Power of the Next-Action Decision 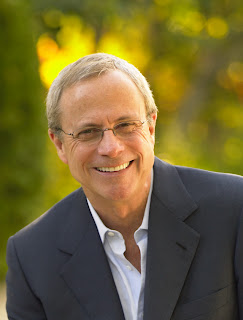 One of the top 5 books I have ever read about my business and personal life is Getting Things Done by David Allen. It is a book I skim through annually and push on everyone who will listen.

One key concept from GTD is to identify the "next action item" when working on a project. Below is a blog post from GTD about this concept. I won't summarize it because it is clear and understandable.

If you want to change your life for the better - buy, read and live GTD.

Following up on clarifying the difference between outcomes and actions: I have a personal mission to make “What’s the next action?” part of the global thought process. I envision a world in which no meeting or discussion will end, and no interaction cease, without a clear determination of whether or not some action is needed—and if it is, what it will be, or at least who has responsibility for it. I envision organizations adopting a standard that anything that lands in anyone’s “ten acres” will be evaluated for action required, and the resulting decisions managed appropriately. Imagine the freedom that would allow, to focus attention on bigger issues and opportunities.

Over the years I have noticed an extraordinary shift in energy and productivity whenever individuals and groups installed “What’s the next action?” as a fundamental and consistently asked question. As simple as the query seems, it is still somewhat rare to find it fully operational where it needs to be.

One of the greatest challenges you may encounter is that once you have gotten used to “What’s the next action?” for yourself and those around you, interacting with people who aren’t asking it can be highly frustrating. It clarifies things so quickly that dealing with people and environments that don’t use it can seem nightmarish. —David Allen, in Getting Things Done
Posted by Waterhouse Weekly Graphics at 10:51 AM