The Power Of Questions

Being a believer in the Sandler sales method - I am a big believer in the power of asking questions. Sandler teaches that the person who asks the best questions is the person who will be the most successful. Some people believe that because they may not have the title of "sales person" they don't need to be concerned with asking good questions, but this just isn't so. Every needs to ask good questions because good questions get to the heart of a matter and allow better outcomes. Below is a story from a man who went through Sandler sales training and how the power of questions literally changed a persons life. The excerpt is from the Columbia Business Times.

“I am writing to inform you of an event that happened yesterday that speaks volumes of the curriculum that you teach. Standing in the upper level of one of my job sites I received a startling message. To begin with I am a true single father of two beautiful children whose mother abandoned them about a year ago; with that said here is what transpired.

The startling message was from my children’s mother saying she was going to end her life. This message, of course, was returned by a phone call from me. She answered in tears stating that she had lost her children, lost her lover and was done with life. My initial response without forethought was, ‘[name omitted], what do you mean, tell me more, please.’ She responded saying her life was over. I then said, ‘Please tell me what you mean and how long has it been that you have been in this mindset.’
She told me that ever since she had left me she had been addicted to prescription narcotics and in an abusive relationship. By this time I am in my vehicle racing to south Kansas City to her home. I asked her ‘since this realization’ what has she tried to do to get help or leave. She responded saying she had tried to stop using and tried to leave her lover many times. I told her clearly this has failed to work and she agreed. She then told me that this has cost her her family, children and life. With a lump in my throat I asked her what she was feeling coming to this realization.

When I arrived at her house, I found a beaten woman who was in the process of ending her life. I pulled my wallet out and showed her a picture of my beautiful 6-year-old son and my amazing 13-year-old daughter and asked her, “Are you going to give up on them, and are you done fighting?’ She dropped what she had in her hands and allowed me to call for help. Less than 24 hours later, she was on a plane to Colorado to a treatment center for addiction and spiritual healing.

The skills you teach in this program far surpass sales.You teach how to meet people where they are and to get the root of issues and pain. I thank you, I fully believe that without the skills you have instilled in me, I would not have had the clarity of getting through to her or a guideline to do so, and as a consequence, my children’s mother may have ended her life.”
No one can tell me they don’t sell. If you’ve ever applied for a job, asked someone on a date or raised teenagers, you’ve been in sales.

Sales skills are life skills. All of the attitudes, behaviors and techniques are directly applicable. It’s short-sighted to think they don’t relate to you. And those elements, when perfected, create better relationships. Isn’t that, after all, what we’re looking for?
Posted by Waterhouse Weekly Graphics at 9:41 AM No comments: 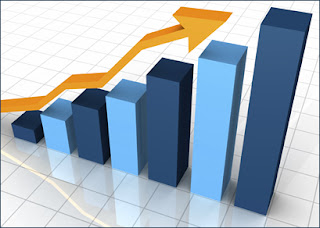 This morning I was reading an email from a consultant in California that explained the three excuses business people make for having a bad year.

1. The economy is bad.
2. Fewer people are buying.
3. I've tried everything and it's not making a difference.

He claims that 8 or 9 out of 10 business will struggle this year due to the recession. So instead of focusing on those companies, he is looking at the 1 or 2 out of 10 that are going to grow their top and bottom lines. His advice is to stay confident because customers can smell fear and to do more marketing to turn more prospects into clients.

This year we are increasing our marketing investment for that exact reason. The plan is to grow this year over last year and I see it being possible but not easy. We just have to keep monitoring ourselves so we don't repeat the three excuses, keep our heads up and go find new business. There is no substitute for just doing something and then refining the process until the correct results happen.
Posted by Waterhouse Weekly Graphics at 9:29 AM No comments:

What does it take to become an extraordinary boss? How do you compare to this standard? What can you do to improve yourself? One way to improve is to compare how you operate to the gold standard and then work on closing the gap.

Geoffrey James wrote an article entitled 8 Core Beliefs of Extraordinary Bosses in a recent entry on the Inc magazine website which is the source for this post. Below are a couple of the beliefs and what Geoffrey says about the beliefs. The full article is worth the read.

A company is a community not a machine. He means, "Extraordinary bosses see their company as a collection of individual hopes and dreams, all connected to a higher purpose. They inspire employees to dedicate themselves to the success of their peers and therefore to the community–and company–at large."

Motivation comes from vision, not from fear. Here he means, "Extraordinary bosses inspire people to see a better future and how they'll be a part of it. As a result, employees work harder because they believe in the organization's goals, truly enjoy what they're doing and (of course) know they'll share in the rewards."

All of Geoffrey's points have similar insight. Read the article, start to put these beliefs into your management style and enjoy the improvement.
Posted by Waterhouse Weekly Graphics at 9:57 AM No comments: 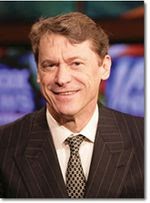 This is a blog post from Gerhard Gschwandtner that I could not help but post here. It is the story of what happens when you take action. Get up out of your chair and do something!

The group participated in a life underwriter training course and, on a dare, decided to plan "Operation Paul Revere," to be conducted on Friday, the concluding day of the course.

At 7 p.m., they began to canvass the city of Binghamton, determined to find prospects and sell insurance policies. One salesman started out alone and visited people in gas stations, restaurants, bakeries, and any other place he could find open. He wrote four life insurance policies for $20,000. He closed the first sale at 12:30 a.m. at a gas station and his last at 4:30 a.m. at a trucking company. Another agent sold a $50,000 policy to a young doctor in a hospital at 1:05 a.m. and collected a check for the first premium.

"One woman in the group," wrote Wedge, "made it a point to establish herself in the cafeteria of one of the hospitals. Here she could sit under comfortable circumstances and talk with the nurses as they came in for their suppers. She had three interviews and closed three sales. She also got 10 new sales leads."

One intrepid agent canvassed policemen wherever possible. One policeman he approached said that he had been looking for a chance to talk with a life insurance agent because he wanted to go into the business himself. He later was signed up as a new agent for the company, got an "A" on the aptitude index test, and is planning to work full-time for the company.

The group worked until 5 a.m. and then met at an all-night restaurant to compare notes. The waiter who served coffee told one of the alert salespeople that he wanted to buy some insurance but hadn't had the chance to talk with anyone about it during the day. He, too, signed the application and paid his first premium of $107 in cash after producing a roll of bills.

Posted by Waterhouse Weekly Graphics at 10:47 AM No comments: