Mulally: It's OK not to be OK 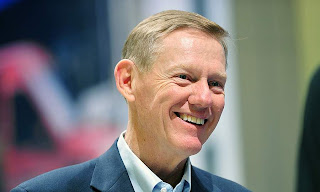 Alan Mulally is an incredible executive. He is credited with keeping Ford out of the doghouse during the past couple of years. Below is an article from USA Today which shows why Alan is so effective - he brings problems to the table and deals with the problems. This sounds like an obivous tactic but it is not often used. Enjoy the article.

Ford CEO Alan Mulally recounts an episode that makes him certain Ford has broken unworkable old ways and is locked and loaded for the future.

In one of his Thursday management meetings, where managers are supposed to show color-coded charts, red for serious problems, yellow for lesser issues, green for all OK, "all the charts were green and I know — we're going to lose $17 billion. I stopped the meeting and I said, 'Is there anything that isn't going well? We're losing $17 billion.' Eye contact goes down to the ground."

Mulally: "The next week here comes Mark (Fields, now president of Ford's North and South America operations) and the charts are all red. Everybody else's were green. I started to clap, and I said 'That's great.'

"I looked around and said, 'Is there anything we can do to help'" resolve problems Fields was having launching the Ford Edge.

A dam burst. Other managers started tossing out solutions to similar problems they'd had.

Even so, managers took two weeks to follow the Fields example. "Next week everybody still was green, but (two weeks later) the entire 320 charts (of all the managers) looked like a rainbow. Everybody knew it was safe" to ask for help.

"At that moment I knew, and everybody else knew, that we had a chance now. You can't manage a secret. It was all out in the open. And everybody was committed to helping everybody else."
Posted by Waterhouse Weekly Graphics at 3:40 PM