Below is a great post by Jason Fried of 37Signals. He puts an important concept into simple words. 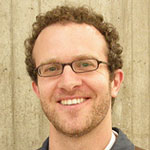 I’ve been working out with a trainer for the past few years, mostly because I’m too lazy to go to the gym on my own. But also because I want to get better at working out. I want to be more efficient and not waste time doing stuff that doesn’t matter, etc. It may sound counterintuitive, but you can actually waste time by doing things too quickly.

Then my trainer asked me what I would do if I had three darts, had already thrown two, and I only had one shot left at hitting the bullseye.

I told him
I’d slow down. I’d take a deep breath, measure the distance, mock a few practice throws back and forth, settle in, focus, and throw. I wouldn’t rush up there and just toss the thing.

And it clicked for me. When you really want to do something right, which is usually what you should be striving for, you tend to slow down.
Of course it’s all relative as some things are more important to get right than other things, and there’s often external context which may make slowing down impossible, but in general, given the opportunity, you’d slow down to get something right.

And while some things really do require split-second decision making, the worst thing to do is to invent artificial urgency and cheat yourself.
Posted by Waterhouse Weekly Graphics at 8:08 PM