How to Make Money in 6 Easy Steps 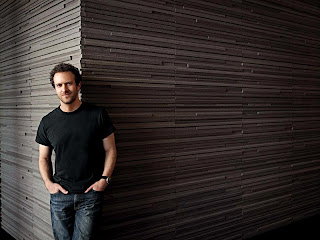 Below is post based on an Inc magazine article by Jason Fried called How to Make Money in 6 Easy Steps. It sounds like a late night infomercial or web banner ad, but this article has some great points.

First Jason teaches that understanding the buyer is key to being a good seller. Most of us want to pitch the great details of our product or service because we believe that the buyer will be convinced by all the details. In truth people buy for their own reasons not ours. I sell graphic services and I enjoy talking about our equipment. We have the greatest equipment and it would seem to me that it's important to the buyer. But years ago I learned the customer in almost all instances just doesn't care. If the product helps him/her do a better job, then they are buying. The goal should be to find out the motivator before trying to sell the features and benefits.

How and why to sell real products for real money is another of the steps. Jason is a big believer in charging money and making money. So often we don't believe what we do has real value so we are constantly trying to lower the price - even to the point of not making money. If what you do has value and is well done - charge a fair price. There are plenty of people willing to pay for something worth while. There are also a large number of people who want to drive down your price even if it's not justified - don't let it happen.

The true value of bootstrapping is another of Jason's steps. I know from reading other things from Jason that he is not one to grow for the sake of
getting bigger and bigger. He would rather have something that is smaller but profitable and even debt free. Many companies have seen during the recent economic downturn that banks have the power to call loans and many have paid a steep price. Don't always run to the bank or the VC firms to get money. Sometimes, and often times, it's better to grow a little slower and finance the growth yourself. There is nothing like not needing the banks and VC firms - you'll sleep much better.

This was a great article written by an interesting businessman. Google him and listen to his many speeches - it's well worth the time.
Posted by Waterhouse Weekly Graphics at 4:44 PM